This goes to show the power of “Yes!” We only woke up the fact that Africa Utopia, September 2019, would be on a week before the festival. This is an annual celebration of the African diaspora in the UK, which is held every summer at the Southbank Centre. There are seminars, performances, panels, and, of particular interest to us, a Marketplace of African-themed goods. Previous attendees have included . This year’s event included performances by the Kuti family, a show by Chinundu Onozo, and panels with Akala and Natalie Emmanuel. It also featured an appearance by Bino and Fino – more on them later!

We thought to ourselves “That would be the ideal place to market NanisoCreate and probably sell some copies of The Mysterious Melody – but surely it’s too late to acquire a stall?” But we we went ahead and sent the organisers an email, 1 week before the event. It turns out, it wasn’t too late after all, as there was a stall available on the Sunday of the 3 day event!

So we packed ourselves off to the Southbank Centre on Sunday morning, and, while it was definitely a long day, it was just as great as we had expected.

In the morning, there was a showing of a couple of episodes of Bino and Fino. This is a cartoon aimed at kids produced in Nigeria by Adamu Waziri and his company EVCL. It was great to see the kids capitivated by a positive and educational cartoon from Africa. Then later in the afternoon, we were throughly entertained by both a dance workshop and by Celestina Diamond and her Sunday Service, which featured several amazing gospel performers from the UK.

To top off the afternoon, we some of met our fellow stallholders, including Bianca of @thekuumbakids, and Samantha from @thisisbooklove_, and @houseofloulee! All in all it was a fabulous day, and we hope we get a chance to attend it next year! 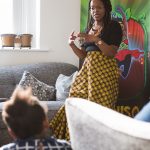 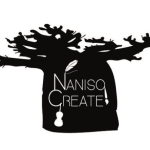